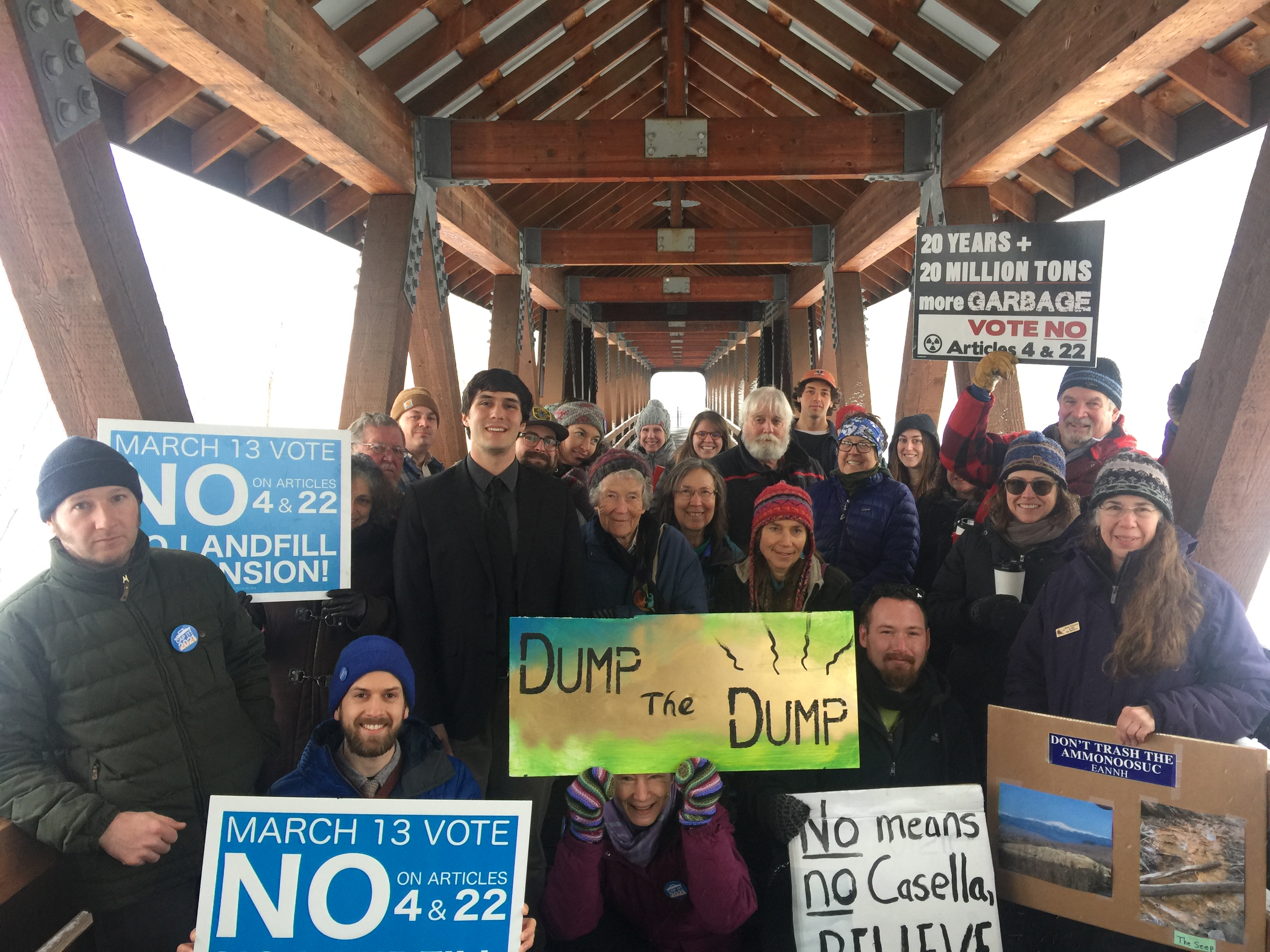 This March, a group of dedicated organizers in Bethlehem, N.H., were up against a multi-million dollar company seeking to expand a leaking landfill in their town. In the middle of a snow storm, record numbers came out to vote against the landfill expansion for the second year in a row, choosing to protect their health and environment instead.

The landfill is owned by North Country Environmental Services, and operated by Casella, a company with a history of toxic leaks and aggressive expansions that makes millions from landfills. Casella has been seeking to nearly triple the landfill’s current size to 161 acres, in a town located in the heart of the White Mountains.

Residents of Bethlehem organized, forming the group Growing Without Garbage, to educate neighbors on the dangers of the landfill—which include leaks of toxics and chemical waste—and to envision a more environmentally sustainable future for the town.

We’ve been working alongside Growing Without Garbage in planning, strategizing and organizing a campaign that has already brought out 1,150 voters in a town with just 2,500 residents. And Growing Without Garbage was not alone. Two other community groups, Environmental Action for Northern New Hampshire (EANNH) and Build a Better Bethlehem (BBB), also organized to bring people out and win the vote.

Additionally, we connected these groups with residents of Southbridge, Mass., where we helped win the closure of a Casella landfill after finding that it had leaked toxics—including lead—into surrounding neighbors’ well water. The groups shared tactics and built solidarity across state lines, making their campaigns that much stronger.

“Casella’s defeat shows us that citizens can stand up to big, out-of-state corporations that attempt to use our town for multi-million dollar profits without regard for serious impacts on our environment and long-term economic success,” said Teresa Tupaj Wood, founder of Build a Better Bethlehem.

To make matters worse, there’s evidence that the Bethlehem landfill is already leaking. Just before the vote, we teamed up with Conservation Law Foundation and the National Environmental Law Center to announce our intent to sue the landfill for polluting the Ammonoosuc River.

Growing Without Garbage has a vision for its community that includes safe, sustainable growth without threats to their health and environment, and without relying on major out-of-state corporations to make change.

Now, with EANNH and BBB, they’re calling on their neighbors to come together and plan for that future.