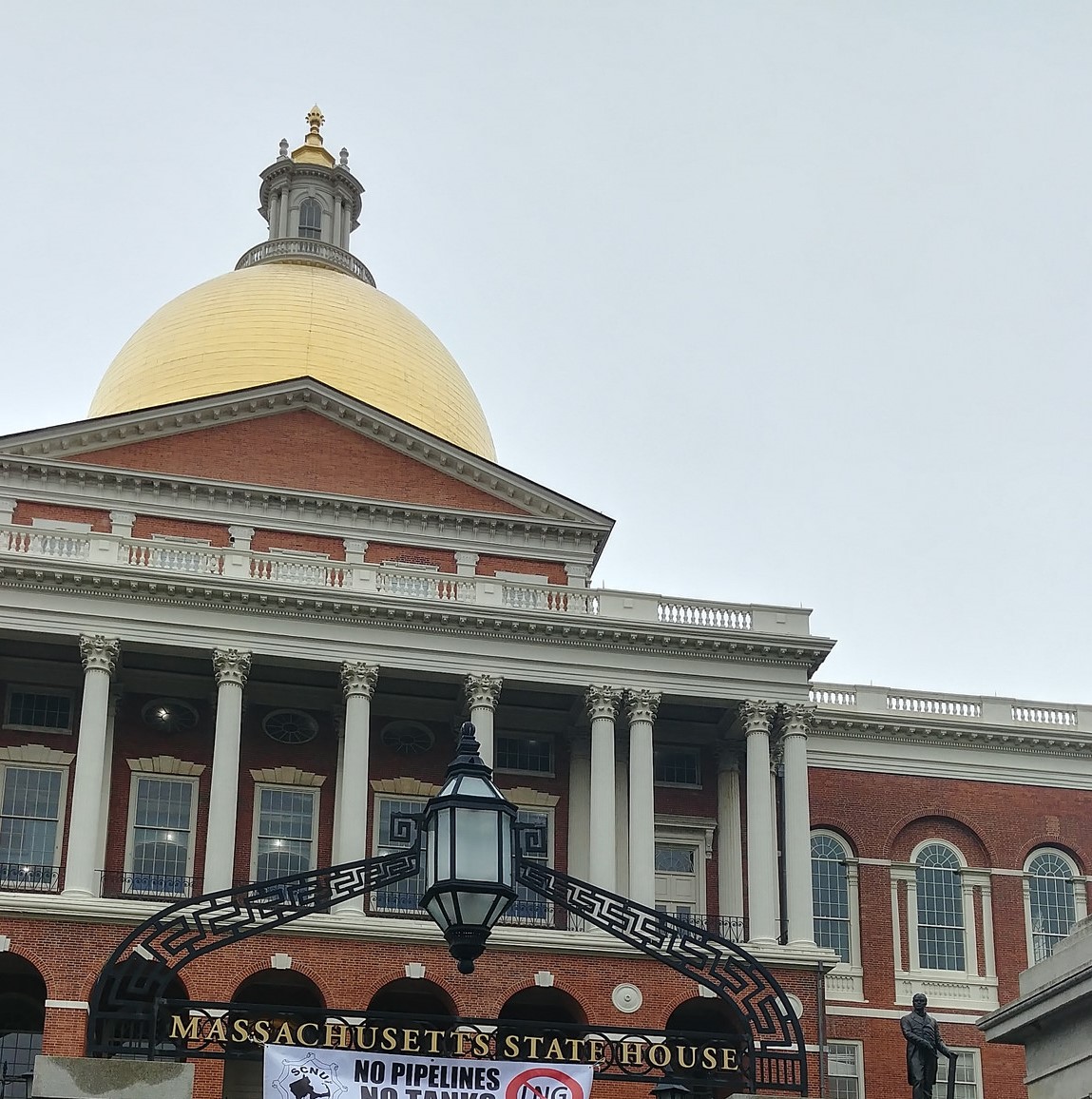 Today, climate and environmental advocates were angered by the Massachusetts House of Representatives’ decision to pass a paltry increase to the renewable portfolio standard, rejecting more progressive options. The Mass Power Forward coalition, comprised of more than 150 member groups supporting climate and environmental justice policies, denounced the bill, H.4738, as an utter abdication of progressive leadership on renewable energy.

“For a state that continually touts its progressive leadership, this is embarrassing and our members are angry,” said Andrew Gordon of 350 Massachusetts. “This is more than just a missed opportunity, this was a choice not to lead. Considering the federal government’s stance on climate, such a choice is unconscionable. ”

Amendments designed to improve the Renewable Portfolio Standard, protect ratepayers from the pipeline tax, and codify environmental justice language-offered by Reps Khan, Kulik, and Vincent-enjoyed broad support across House membership, but were rejected by leadership. In an attempt to appease progressives, the House adopted amendment language instructing DOER to study the impact of additional offshore wind procurement, relinquishing further action to an executive administration with a strong preference for fracked gas and hydro power.

“As a climate justice advocate, I know that time is of the essence. Our communities can’t wait until next session. Heat waves, floods and storms are happening now,” said Claire Miller of Community Action Works. “As a constituent of Rep. Sanchez, I’m also just shocked. Renewable energy and environmental justice should be a no-brainer.”

Earlier this summer, the utility companies, regular campaign contributors to members of House leadership, argued that we don’t need to increase the renewable portfolio standard, even as Massachusetts falls behind its neighboring states.

“It’s disappointing that environmental justice and solar access for all have seen little to no progress in a decade,” said Vick Mohanka of Clean Water Action. “Now more than ever we need to make sure that our laws prioritize public health and equity.”

“From tonight’s actions we see that the Mass. House is prepared to offer tepid clean energy legislation,” said Emily Norton, Massachusetts Director for the Sierra Club. “But the science calls for bold and aggressive action, if we are to avoid the worst predictions for climate change, especially in our own region. We will only be ramping up the pressure now.”

“It is baffling and, frankly, untenable that the leadership of the Massachusetts House appear incapable of adequately adjusting to our rapidly changing circumstances being brought about by climate change,” said Rosemary Wessel of No Fracked Gas in Mass. “All across the state, we are being impacted by climate change, whether sea level rise in the east or heat, drought, severe storms, tornadoes and species shift statewide. We need to take bold action now, and once again, the House leadership has fallen short, even when House members stood up to co-sponsor positive amendments.”

“How tragic that leadership of the MA House is unwilling to suitably address the enormous challenge of climate change, despite strong support from our Representatives for a more appropriate response,” said Susan Theberge with Climate Action Now. “This is a sad day for Massachusetts and a blow to all of us who fear the consequences of continuing business as usual. The people of Massachusetts want more local, clean, renewable energy and will need to take more forceful action to convince our legislature to represent our best interests, rather than those of investor owned utilities.”