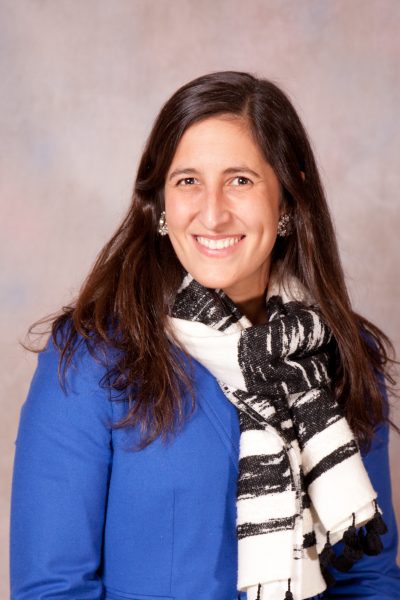 Sylvia Broude is the 2018 recipient of the Frank Hatch “Sparkplug” Award for Enlightened Public Service, the highest award granted by the John Merck Fund.

Broude is a Boston resident and is the Executive Director of Community Action Works, a public health and environmental non-profit that for over 30 years has operated as the 9-1-1 of the environmental movement, organizing side by side with communities to tackle local environmental threats and develop new leaders for the environmental and social change movements.

John Merck Fund Chair Whitney Hatch said, “Under Sylvia’s direction, the Community Action Works has been instrumental in helping local communities and residents become active leaders in closing down the remaining coal-fired power plants in New England and in fighting to stop a major buildout of natural gas in the region.”

Community Action Works was inspired into being by mothers of Woburn, Massachusetts, who took action in the mid-1980s to protect the health of their children when the chemical company W.R. Grace contaminated their drinking water. The Woburn leukemia cluster eventually claimed the lives of 14 children. In 1987, a group of public health and environmental advocates created the Massachusetts Campaign to Clean Up Hazardous Waste—now known as Community Action Works—to help residents who faced their own Woburn-like situations. Since those early days, Community Action Works has expanded into every New England state, has organized with more than 1,000 neighborhood groups, and directly trained more than 20,000 frontline activists in the skills needed to address local environmental threats.

Today, Community Action Works trains activists who are fighting dirty energy in their own communities to become clean energy champions for their states, and works to ensure that the communities hardest hit by pollution have a seat at the table to advocate for clean energy and climate justice.

Mr. Hatch noted, “Community Action Works does not aspire to be the leaders in the room. They work behind the scenes to make sure that those most affected by dirty fuels become leaders in promoting a better future for their communities. The goal is not to win one small battle in a single place, but to build lasting capacity in communities throughout the region. Community Action Works is steadfast in promoting its organizing model while remaining nimble in applying that model to an ever-changing landscape.”

The Frank Hatch Sparkplug Award recognizes outstanding leaders who have embodied extraordinary creativity, dedication and foresight in their work. The award honors the late Frank Hatch, who was chair of the John Merck Fund from 1987 to 2006.

Broude began her career at Community Action Works in 2006 as a Community Organizer in Massachusetts and Connecticut. Her work as an organizer brought her into neighbors’ living rooms, church basements, and library meeting rooms to train local residents facing serious environmental threats in the skills they need to stop pollution and win lasting change for public health and the environment. Broude has worked on nearly 100 campaigns, all while training local activists on the skills they need to become long-term leaders for change.

Broude said, “I couldn’t be more thankful for the lifetime of critical support The John Merck Fund has provided to Community Action Works, first under the leadership of Frank Hatch and now, in his legacy. From our early days working alongside community members to address to drinking water pollution in Woburn to our expansion into each New England state, The John Merck Fund has been there with us as partners and investors in our vision of clean air, clean water, healthy, just and vibrant communities, and a stronger people-powered environmental movement.”

Mr. Hatch added, “Sylvia has brought her considerable energy, enthusiasm, and a deep intelligence to shepherding Community Action Works as it has grown into a sophisticated, dynamic and effective organization.”

As Community Action Works moves into its fourth decade, the need for local residents to lead on environmental issues in their neighborhoods is as great as ever. The organization continues to work with neighbors who are standing up to multi-billion dollar polluters and some of the biggest fossil fuel companies in the country. As Community Action Works pivots activists from single-issue local fights to visionary statewide and national campaigns for long-term change, the impact of so many activists is felt across the Northeast and beyond.