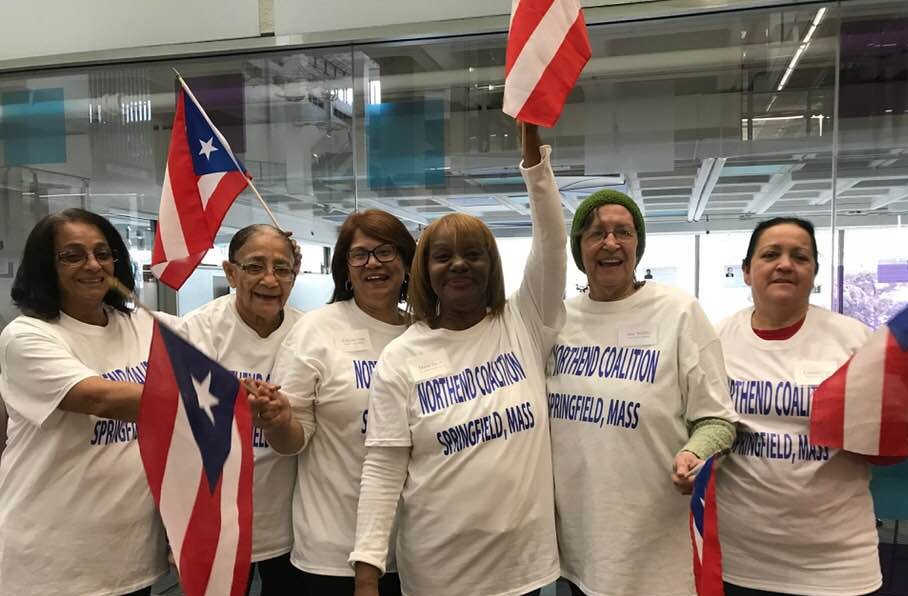 Maria Perez has been a longtime resident of Springfield, Mass.’s North End, and is part of the Puerto Rican diaspora. This year, her work has focused on fighting climate injustice in Massachusetts and beyond.

The German Gerena Community School is plagued with mold due to climate-induced flooding, posing health risks in a space that is both a school and a central gathering place for the North End community. Maria and a group of concerned parents and grandparents came together to organize and reached out to Community Action Works for help forming a strategic plan to address the health concerns at the school, and to reopen the neighboring community center as a place for residents to gather.

Maria hasn’t only been involved in her local community—she was also among the first to organize people to host refugees and send aid to families in Puerto Rico after the hurricanes.

Maria continues to inspire us, and we’re grateful to be able to organize with her in the North End community.

One thought on “Maria Perez: A Leader Rooted in Community”